by Marko Vidmar
4
Comments
SVM stands for "Svet V Malem" (World In Miniatures) and it's an annual modelling show which takes place in the capital of Gorenjska region Kranj, Slovenia. It's organized by SVM, the biggest modelling club in Slovenia with nation wide membership. This year it took place on saturday the 28th and sunday the 29th of May. It has been organized for the fifth time since 2007. The show is international, this year with participants from Slovenia, Croatia, Serbia, Hungary, Italy and Czech Republic.
In the competition there were 222 plastic models of all genres in two main categories; junior and senior. Almost one third of them were made by junior modellers. The reason for that stands in fact, that SVM organizes modelling courses in local elementary schools.
The SVM 2011 is not only a modelling competition, it's also a modelling event. There were presentations of model collections, table war games, model railways, airbrush techniques, workshops for children and modelling flea fair.
One very important aspect of the event were demonstrations of modelling techniques by Slovenian modellers, but the climax was demonstration by master modeller Miloslav Vanous from Czech Republic (IPMS Nymburk) on simulating wood grains on WWI airplanes. He also won the prize "The best of the show" for scratch built Caudron G.3 in 1/48th scale.
At the end I would like to commend the organizers for the great modelling event and see you next year. Enjoy...
http://www.svm.si/en/
« Back123Next »

About Marko Vidmar (vidmarko)
FROM: SLOVENIA

I made my first model airplane in the middle of the eighties when I was about 10 years old. As I recall it was a Czech L-60 "Brigadyr" by East German manufacturer VEB Plasticart in 1:100 scale. In those days Slovenia was a part of former Yugoslav Federation of Socialist Republics and the only availa...

Neilje
Congratulations to all involved, it looked like a great show. And what I liked was that there was no over top weathering, pre-shading, or panel lines on the models displayed. That is so refreshing to see
JUN 10, 2011 - 09:42 PM

BlackWidow
Thanks for that nice report, Marko! Some really great models you have shown us here! Congrats to all the staff, it seems to have been a great show with lots of fun for you all! We have our expo next weekend and I'll try to make also a report of that. Happy modelling Torsten
JUN 11, 2011 - 09:59 AM 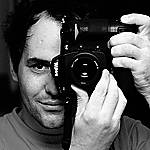 vidmarko
Correction: I wrote: "The reason for that stands in fact, that SVM organizes modelling courses in local grammar schools." I used wrong word, instead of "grammar" should be "elementary". I apologize and best regards, Marko
JUN 20, 2011 - 12:14 AM

betheyn
Correction made. Andy
JUN 20, 2011 - 12:31 AM
Go to Forum Topic
Copyright ©2021 by Marko Vidmar. Images also by copyright holder unless otherwise noted. The views and opinions expressed herein are solely the views and opinions of the authors and/or contributors to this Web site and do not necessarily represent the views and/or opinions of AeroScale, KitMaker Network, or Silver Star Enterrpises. Images also by copyright holder unless otherwise noted. Opinions expressed are those of the author(s) and not necessarily those of AeroScale. All rights reserved. Originally published on: 2011-06-10 00:00:00. Unique Reads: 8431