a photo feature by paul
3
Comments
The Small is Beautiful campaign recently concluded and was themed around building an aircraft in the smaller scale of 1/144. As more kits get produced in larger scales we tend to forget the smaller scales, however there are more and more kits being released in 1/144 for the foreign market where this scale is popular. Most people have space issues building larger scales so why not give 1/144 a go...

tread_geek
A great LITTLE feature about a great LITTLE campaign! My thanks to Paul for its inception and leadership. Also my thanks to the campaign membership for all their helpfulness during my build. Three Cheers!!! Cheers, Jan
AUG 04, 2012 - 05:32 AM 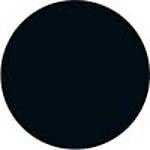 Torchy
Superb campaign Paul,and hats off to Allen for for this feature(he did the same for my CS campaign) Andy
AUG 14, 2012 - 02:06 AM
Go to Forum Topic
Copyright ©2021 by paul. Images also by copyright holder unless otherwise noted. The views and opinions expressed herein are solely the views and opinions of the authors and/or contributors to this Web site and do not necessarily represent the views and/or opinions of AeroScale, KitMaker Network, or Silver Star Enterrpises. Images also by copyright holder unless otherwise noted. Opinions expressed are those of the author(s) and not necessarily those of AeroScale. All rights reserved. Originally published on: 2012-08-03 00:00:00. Unique Reads: 6451