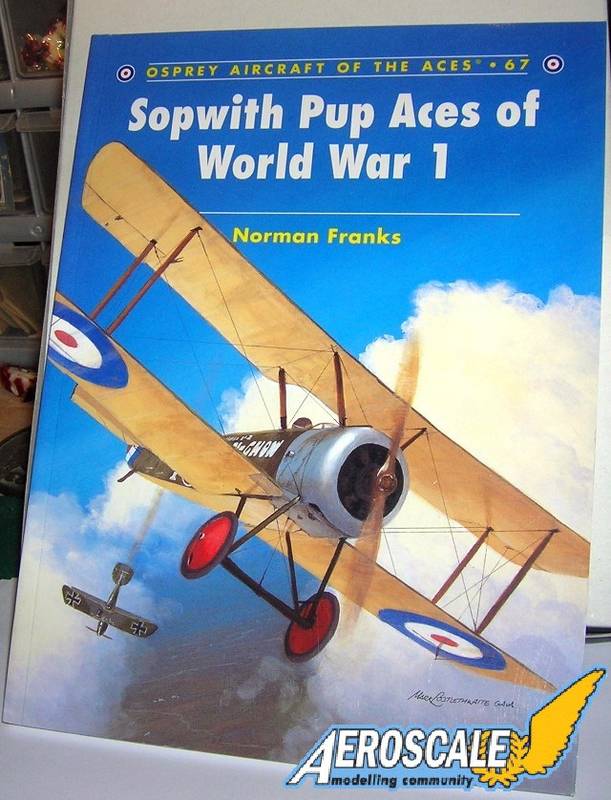 The 9901 was first proper British fighting scout, the first "Pups'' (as they were nicknamed) assigned to the Royal Naval Air Service arrived on the Western Front in 1916. Although regarded as a nice aeroplane to fly, pilots who used it in combat gained impressive successes during the 1917.

This book is about the men and machines.

WWW
JackFlash (Stephen T. Lawson) said
The book does have one faux paux to note. The image at left was the one published onP.65. At right is the corrected view. 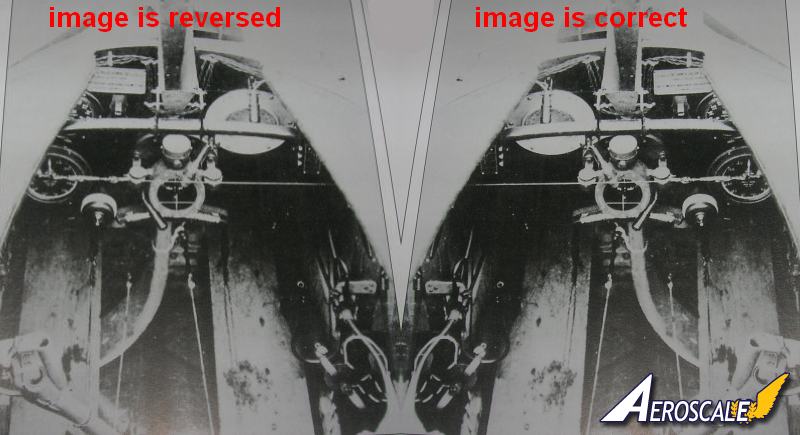 The Pup Aces book is a great resource and as you have said, Norman Franks' research is meticulous.

Having spent a lot of time researching the Pup recently released 48th and 72nd decal sheets, I can tell you that it would have been almost impossible to gather enough information for Harry Dempsey to do more side views.

I think I have seen just about every photo of the Pup that has been published and I'm sure that messers Franks and Dempsey have had access to plenty more unpublished ones. As it is (remember that the book's title is Pup ACES) there are a number of sideviews included which don't strictly qualify under the 'Ace' criteria. Now if one branches out into Pups used as trainers there are plenty more, very colourful, schemes available, but this book was concerned with operational machines only.

As far as more detail of colours is concerned, that's very much a modellers point of view and the Osprey Aircraft of the Aces series is not intended as a modelling publication, in particular. As you'll see when your copy of the decal sheet gets to you, there is plenty of info on colouring in there!

The treatment of the Pup in service here is very much a chronological one, rather than by unit - I think it works very well at that level and is probably better than taking a unit by unit approach.

Overall, though, I think your assesment at 90% is not unfair - although I'd have put it a tad higher.

WWW
JackFlash (Stephen T. Lawson) said
Just bringing this up for a fellow modeler who had a question on the Sopwith Pup instrument panel.