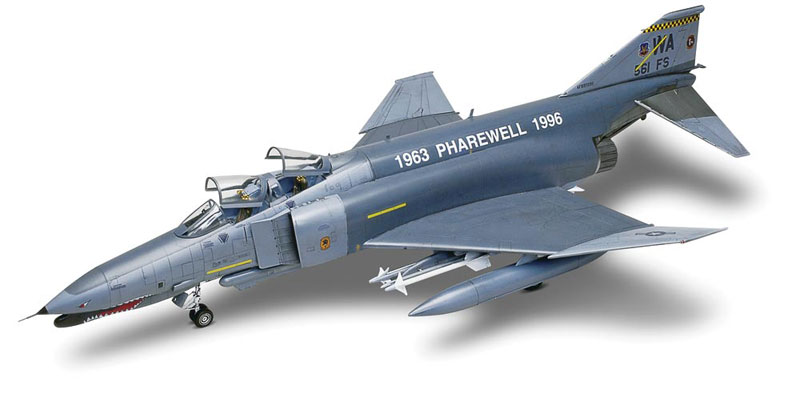 March release from Revell:-rnrnSearch and destroy!rnrnSuppressing enemy air defenses is a crucial, highly demanding, and highly dangerous mission. It amounts, tactically to a deadly game of hide and seek in which hidden SAM batteries try to down lurking aircraft before they themselves are destroyed. The F-4 Phantom II was one of the most potent 'Wild Weasel' aircraft of the last several decades. These aircraft played a key role in conflicts from Vietnam to Desert Storm. Kit features access ladder, choice of two windscreen styles, wide selection of missiles including AGM-78 Standard and AGM-45 Shrike.

PROFILE
Joel_W (Joel Willstein) said
Bill, this one is right up your alley. Go for it.
On my Workbench:
Monogram 1/24 scale 427 Shelby Cobra