Academy has release the F2H-3 with new markings and here Kevin Brant looks inside the box and builds this little bird.

PROFILE
Jessie_C (Is a secret) said
The biggest problem with this kit is that they copied the -2 nose gear leg from the Airfix kit and missed the slightly important point that the -3's leg is longer. This is what gives the model its unrealistic nose-down attitude when completed.

The leg needs to be lengthened by about 4 or 5 mm to be accurate. 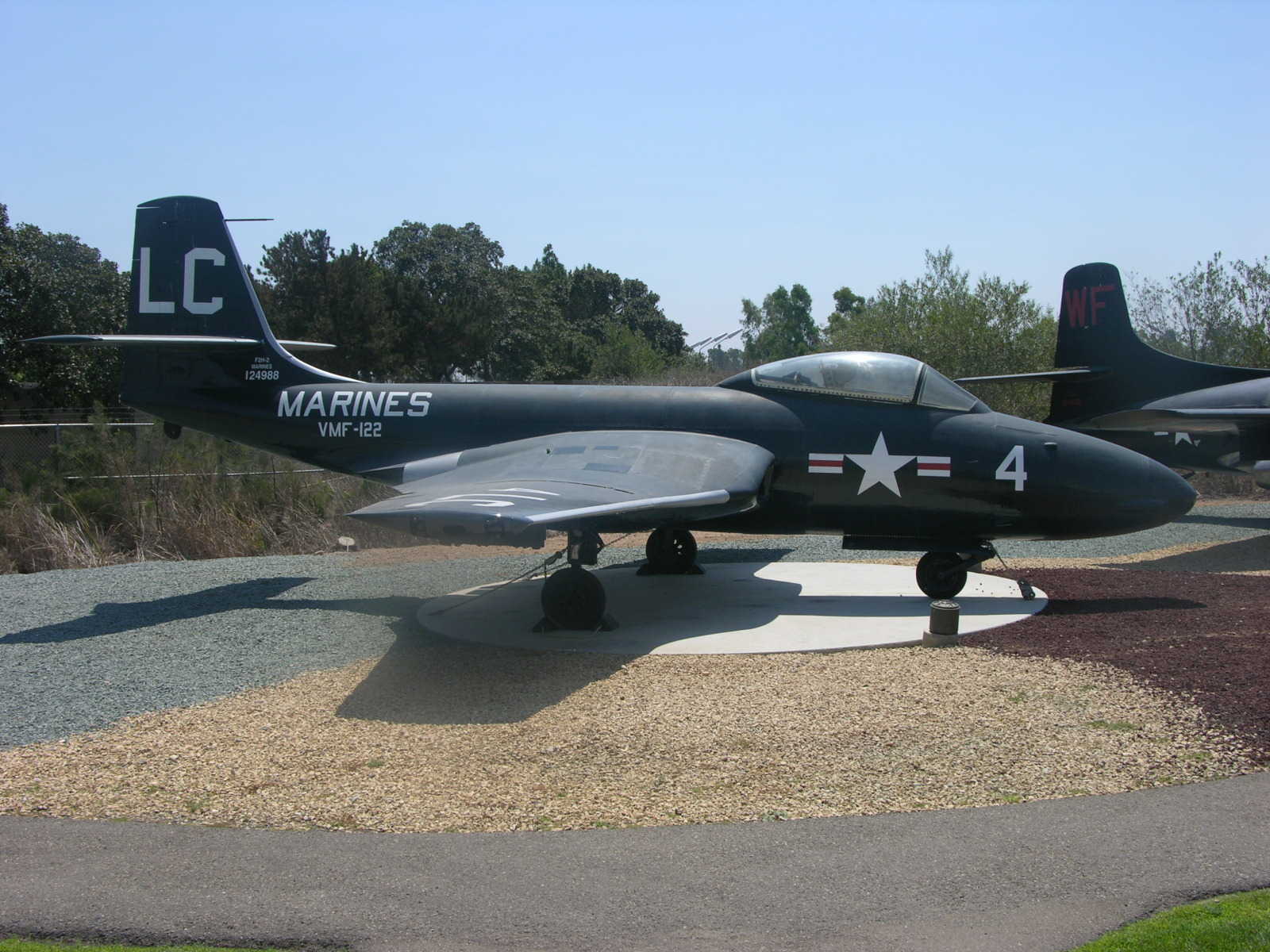 When once you have tasted flight you will walk the Earth with your eyes turned skyward.
For there you have been, and there you will always long to return.
-Leonardo Da Vinci

Thanks, I wish they would have included the decals for the wing tanks. And yeah my choice of greys was way off, I am guessing Paint4Models let me down this time for FS colors

PROFILE
Jessie_C (Is a secret) said
Your underside grey might stand to be a trifle lighter, but I don't trust the colour values in that photo I linked; I think they're way off reality. You got it closer than the photo did

The more I look at those two photos, the more I think that the problem is the nose wheel fork. In the -2 it's almost horizontal, and in the -3, it's closer to vertical. The difference must lie in the shock absorber strut rather than the length of the nose strut. In the -3 it's either longer, or kept at higher pressure which forces the fork to tip further down.

When once you have tasted flight you will walk the Earth with your eyes turned skyward.
For there you have been, and there you will always long to return.
-Leonardo Da Vinci

PROFILE
litespeed (Tim Hatton) said
Well I think you have done a very good build straight out of the box Kevin. Nicely done

Thanks for the review. I love your "Banjo!" She looks better in RCAF colors than in USN. (Did I really say that!?

I want a Banshee so I am glad to see this review.