PROFILE
Anirudharun (Anirudh Arun) said
So with all the time we're all spending indoors, what better to do than this!
Here is my 1/48 GWH 1/48 F-15E Strike Eagle, built up as bird from the 494th Fighter Squadron from RAF Lakenheath. 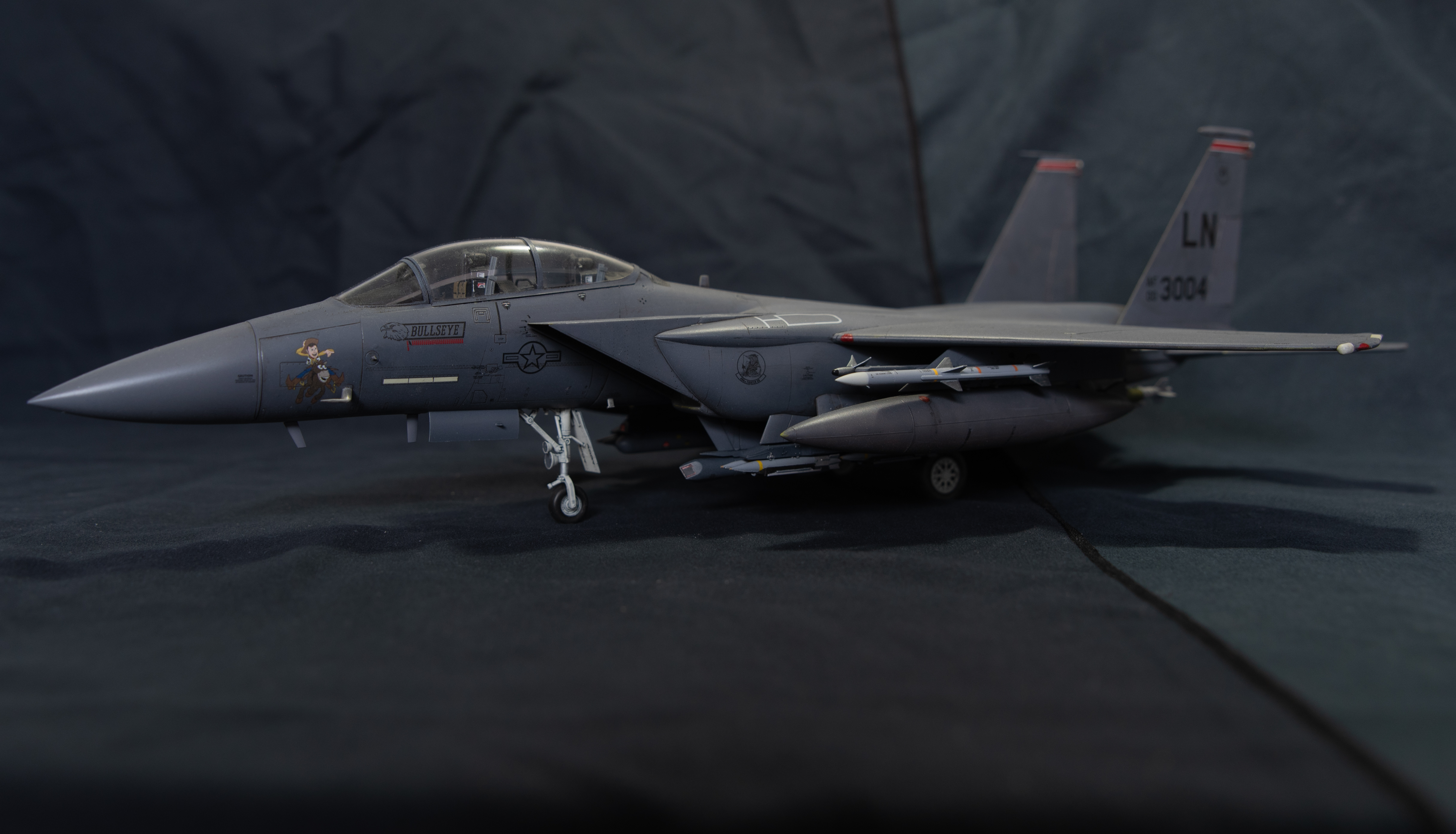 And where it all began: 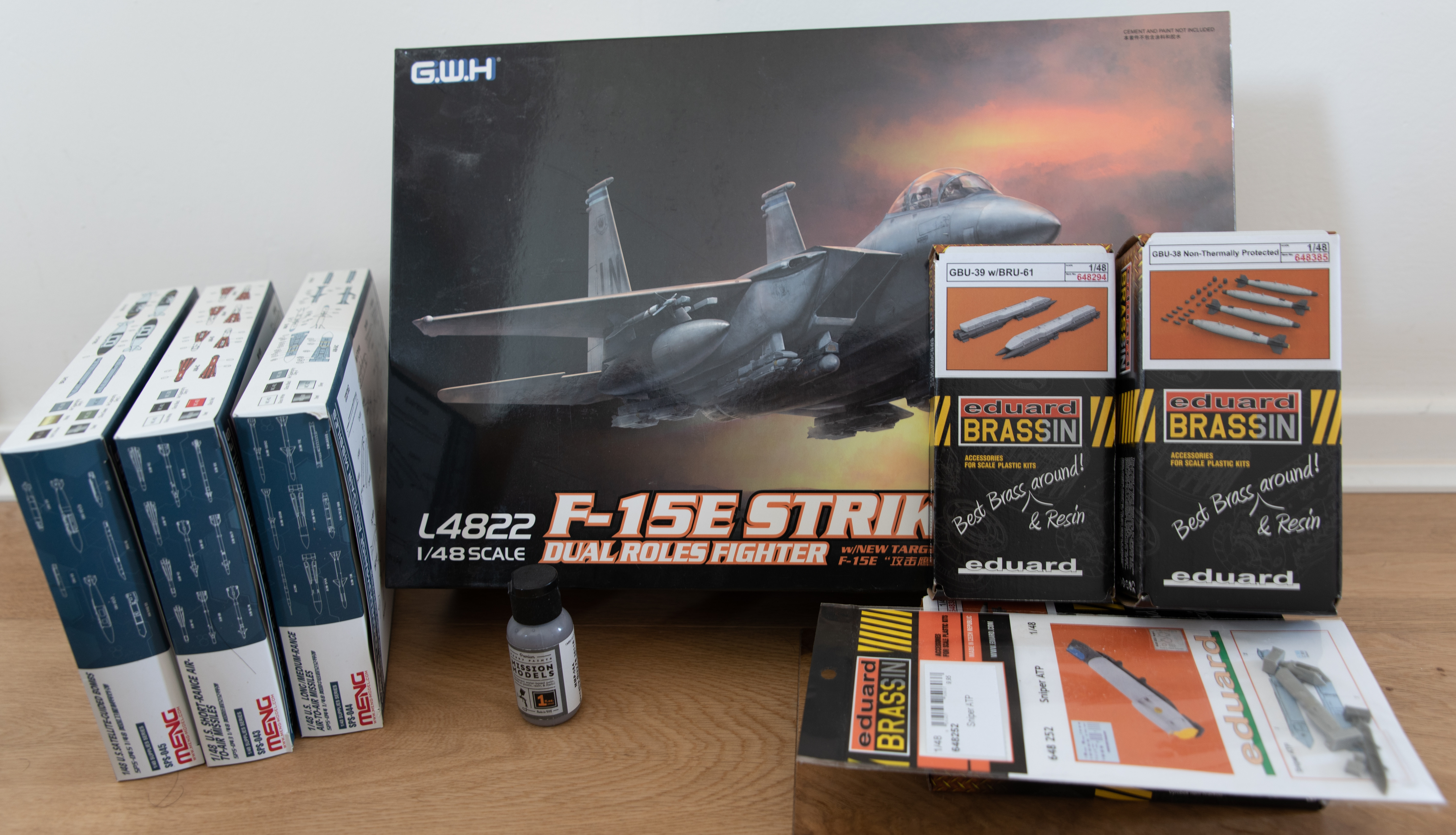 Oh and Mission Models FS36118 Gunship Grey to give it that distinct dark grey look! 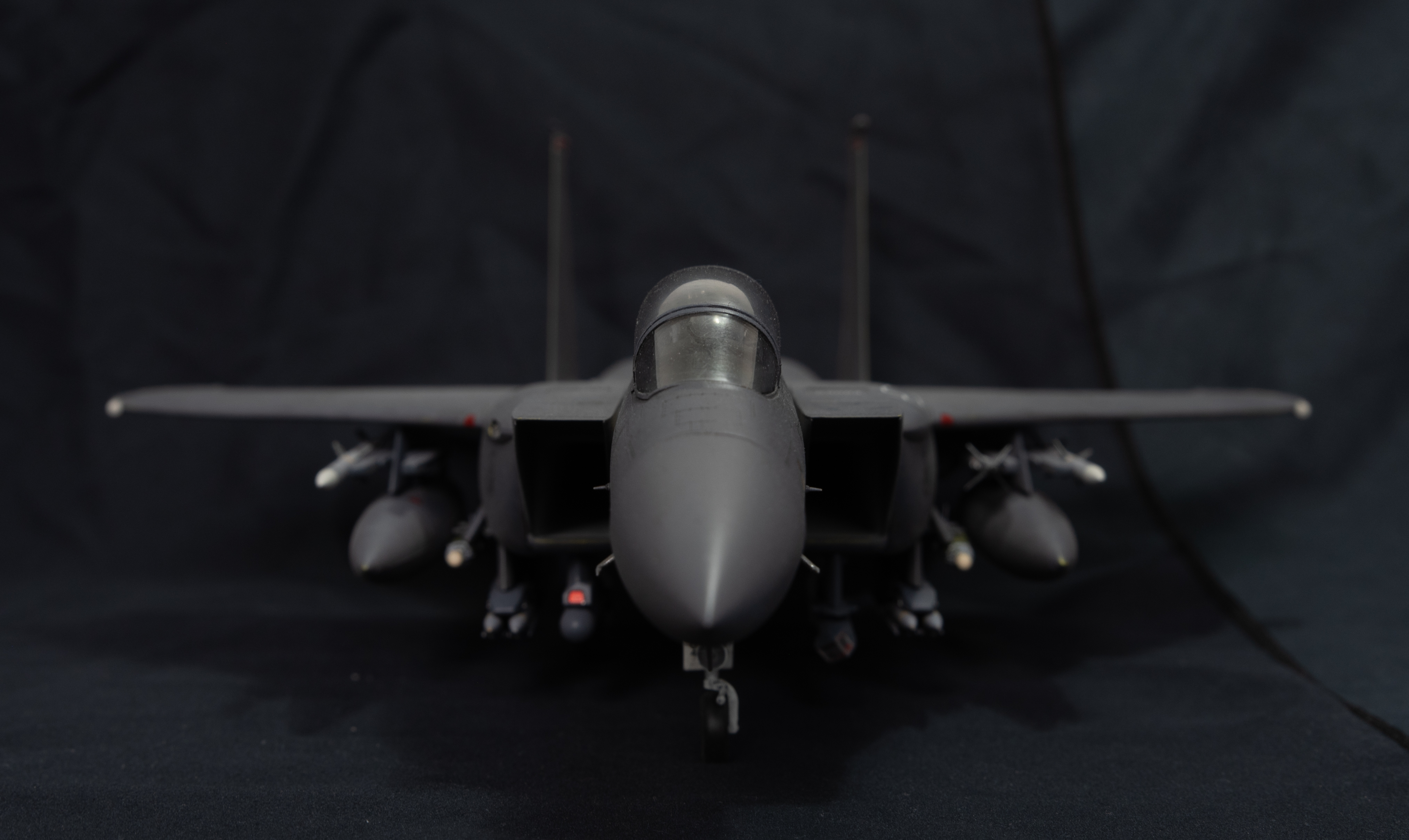 An iconic view of an iconic jet.... well at least my model of it that is 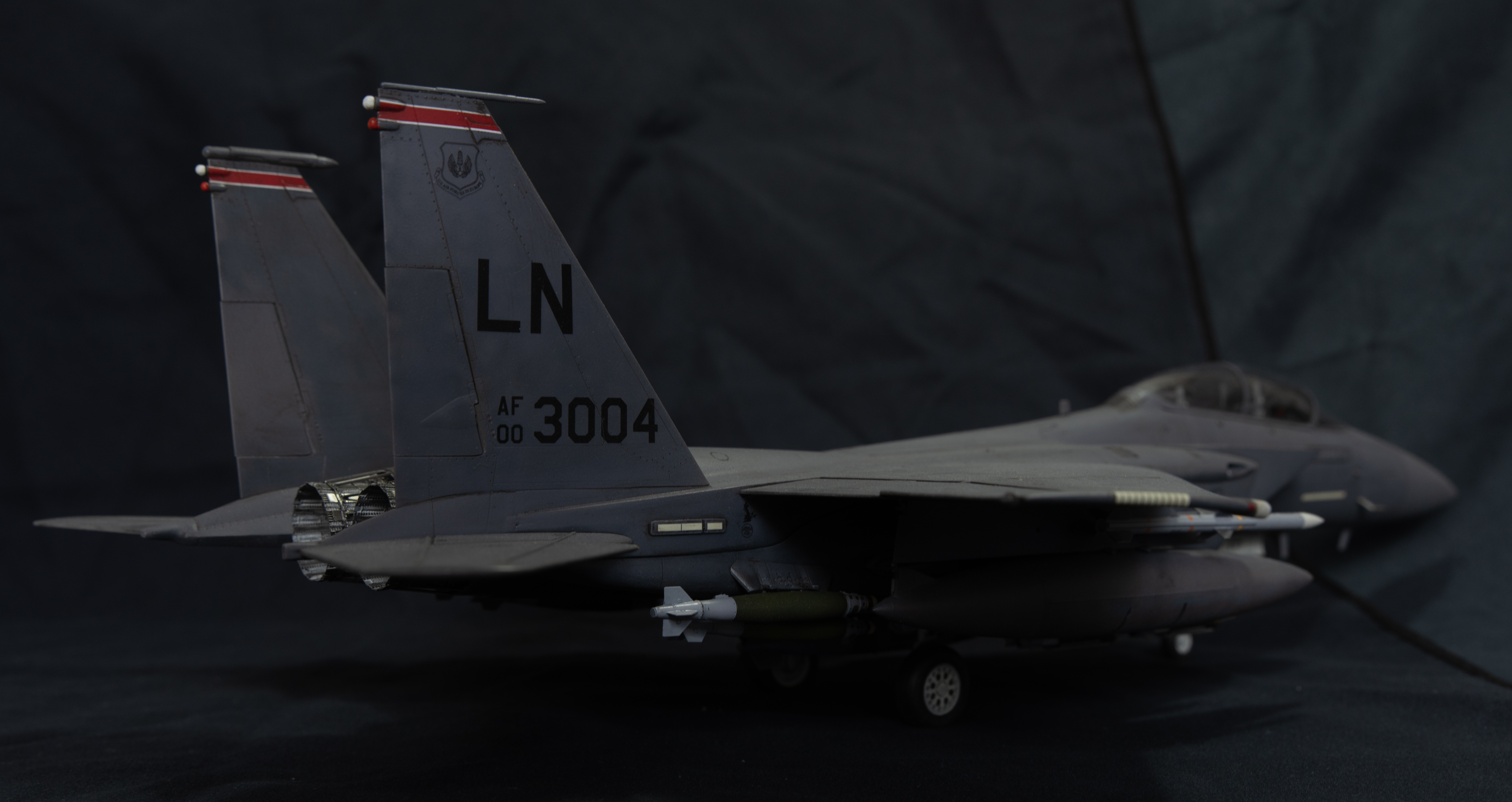 LN...in case you were in any doubt of where it came from 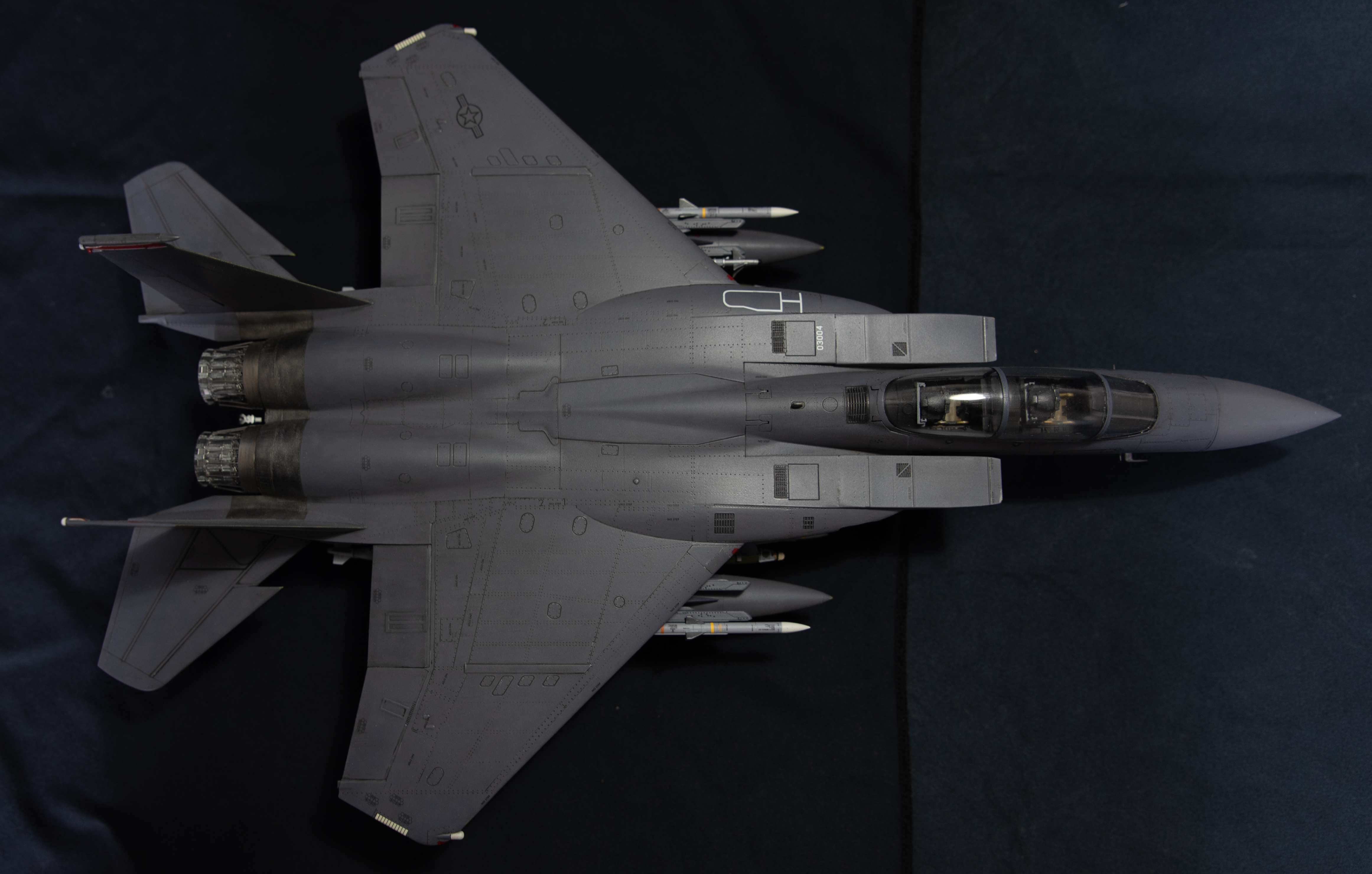 A lot of grey paint was needed. Even at 1/48 this is a big jet. Too big to fit in my display cabinet unless I tilt the rear stabilators up. I guess I won't be moving to 1/32 unless I get a bigger cabinet! 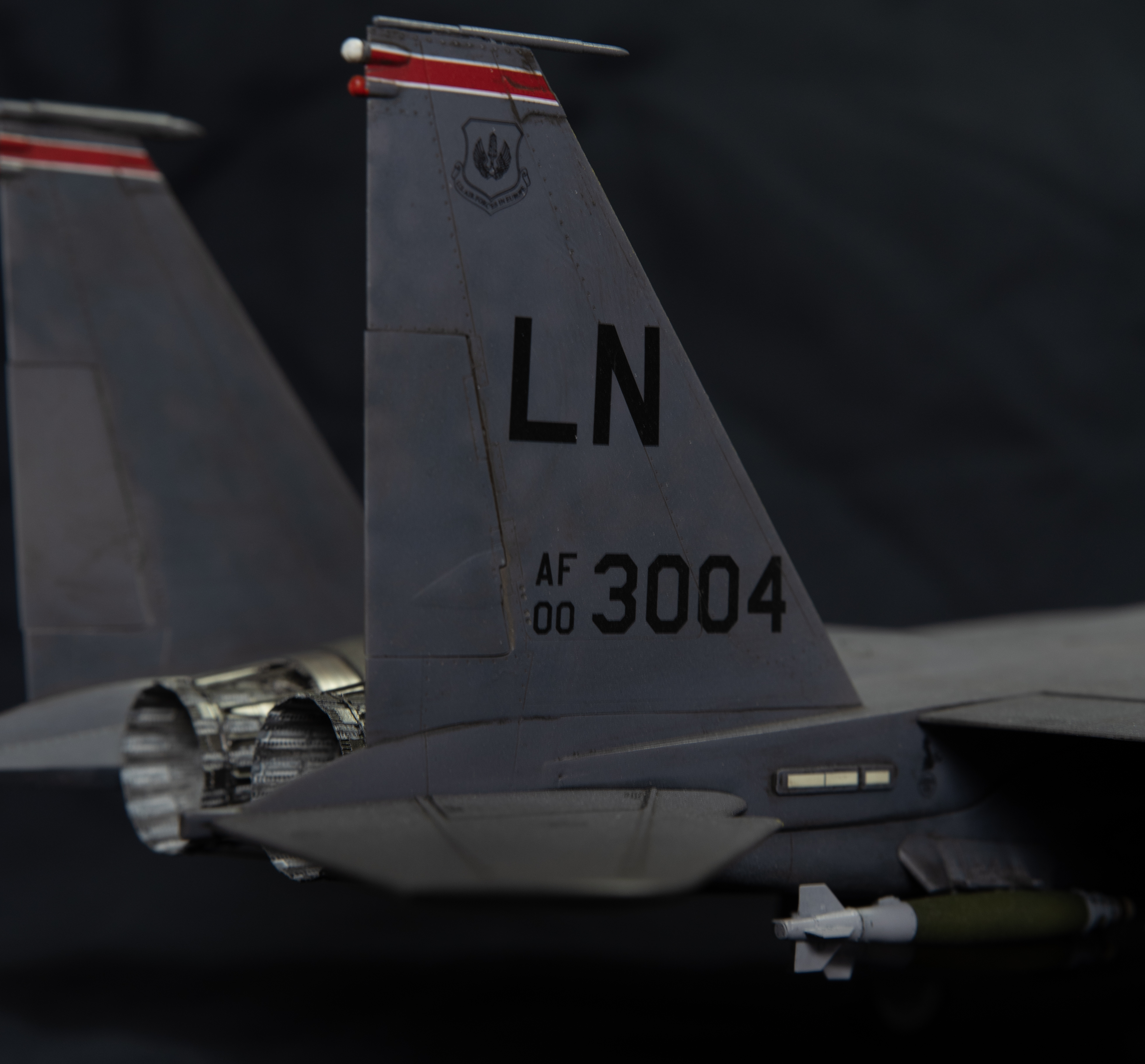 The kit decals were far too thick and came with way too much excess decal film so I used some excellent decals from TwoBobs. These are from the F-15E "Maximum Effort" set and they are great: fantastic colour, minimal film, very thin and still tough enough to move and press into the panel lines. Would recommend for all you decalling needs! 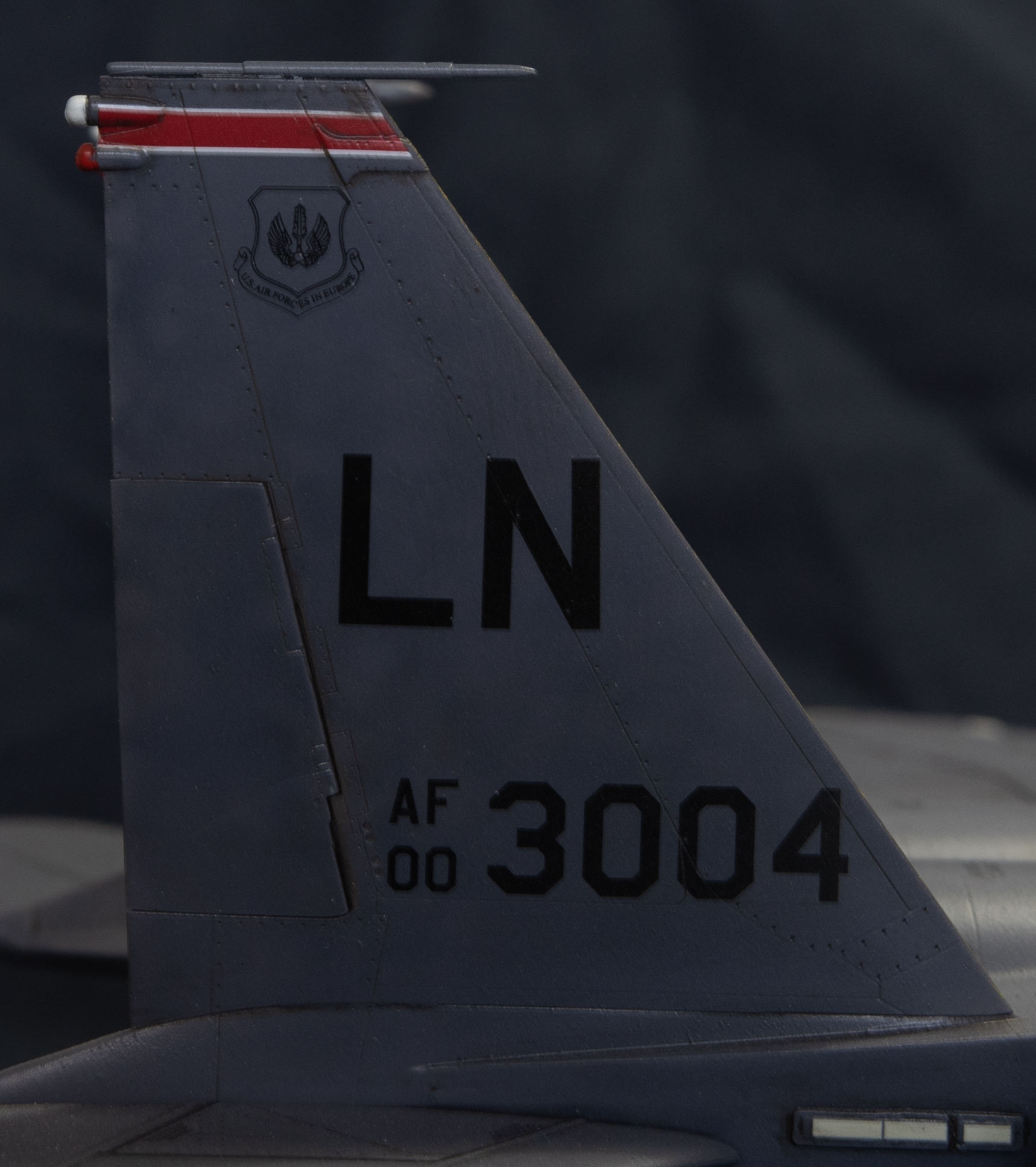 Just look how well they settled into the panel lines, and around the various lumps and bumps on the tail.

And this is how Bullseye gets it's name! Obviously someone in the 494th is a Toy Story 2 fan!
The decal sheet had a lot of cool nose art options so I definitely have to build another one! 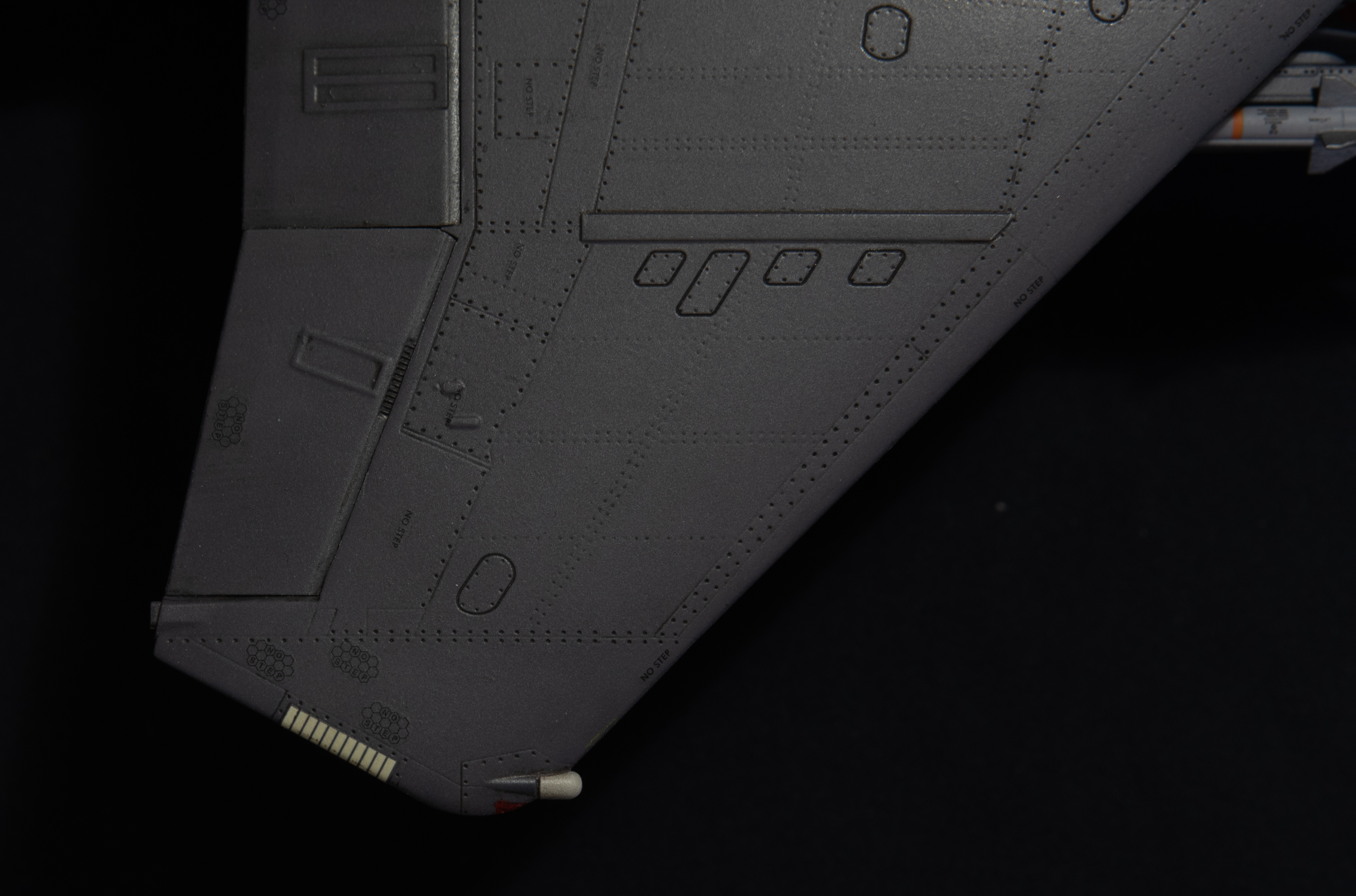 Even though the decals are good, I didn't enjoy dealing with quite so many of the damn things! I wish the USAF would thing of the plight of modellers when they stencil up the jets! 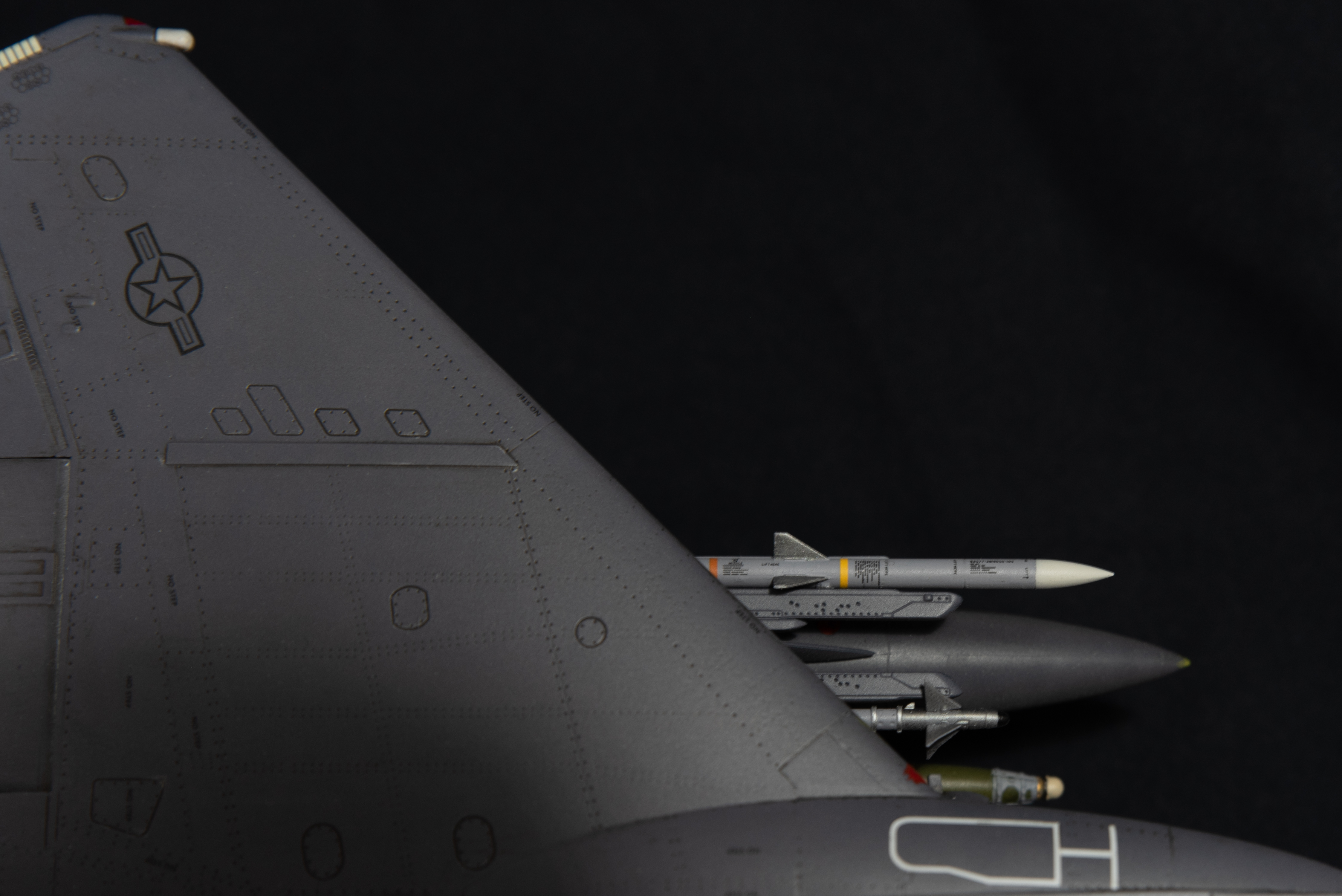 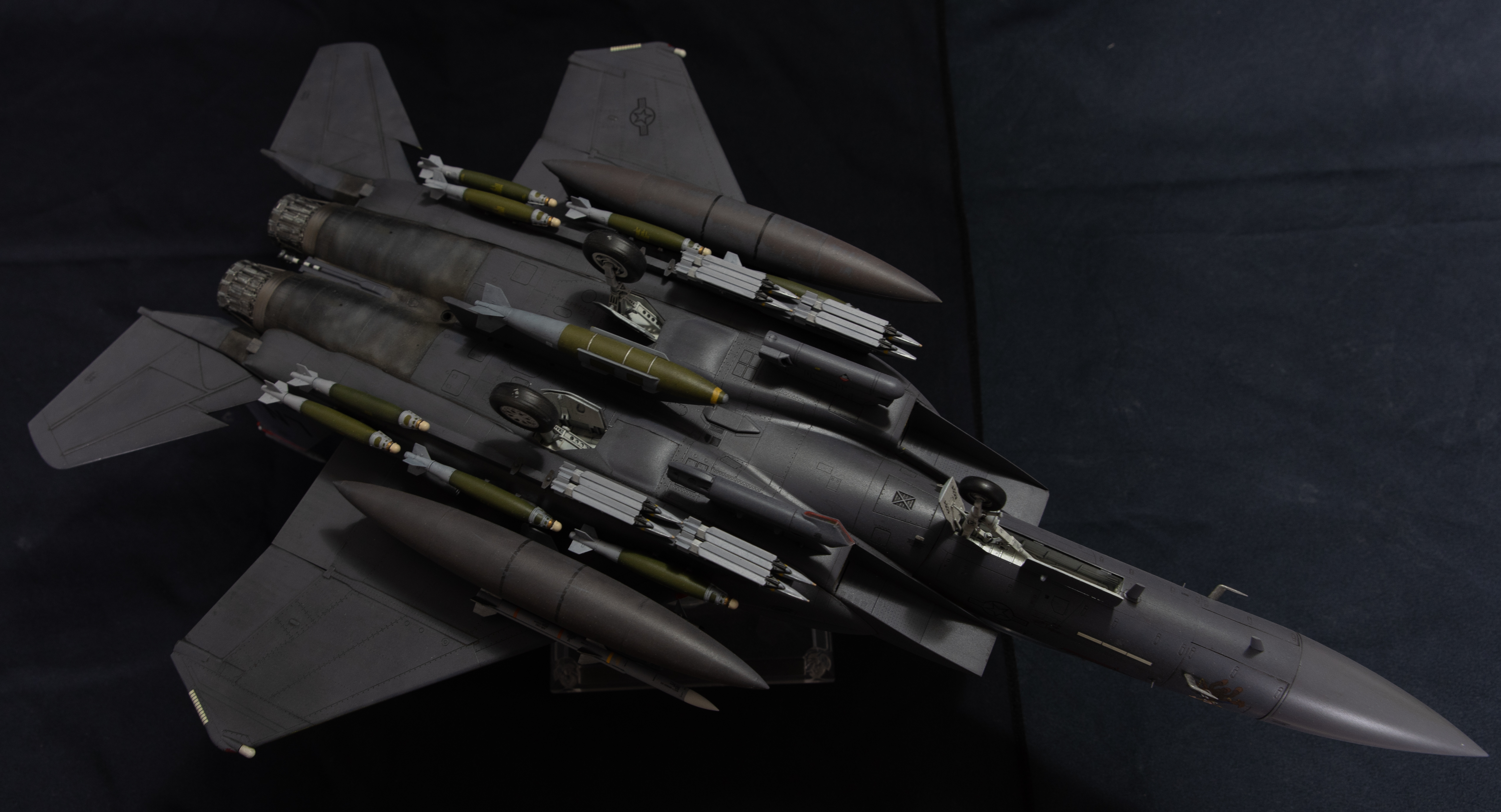 And now the motherload! The F-15Es can carry a ridiculous amount of bombs - more than a B-17 Flying Fortress.

All set to make a real mess of someones day! 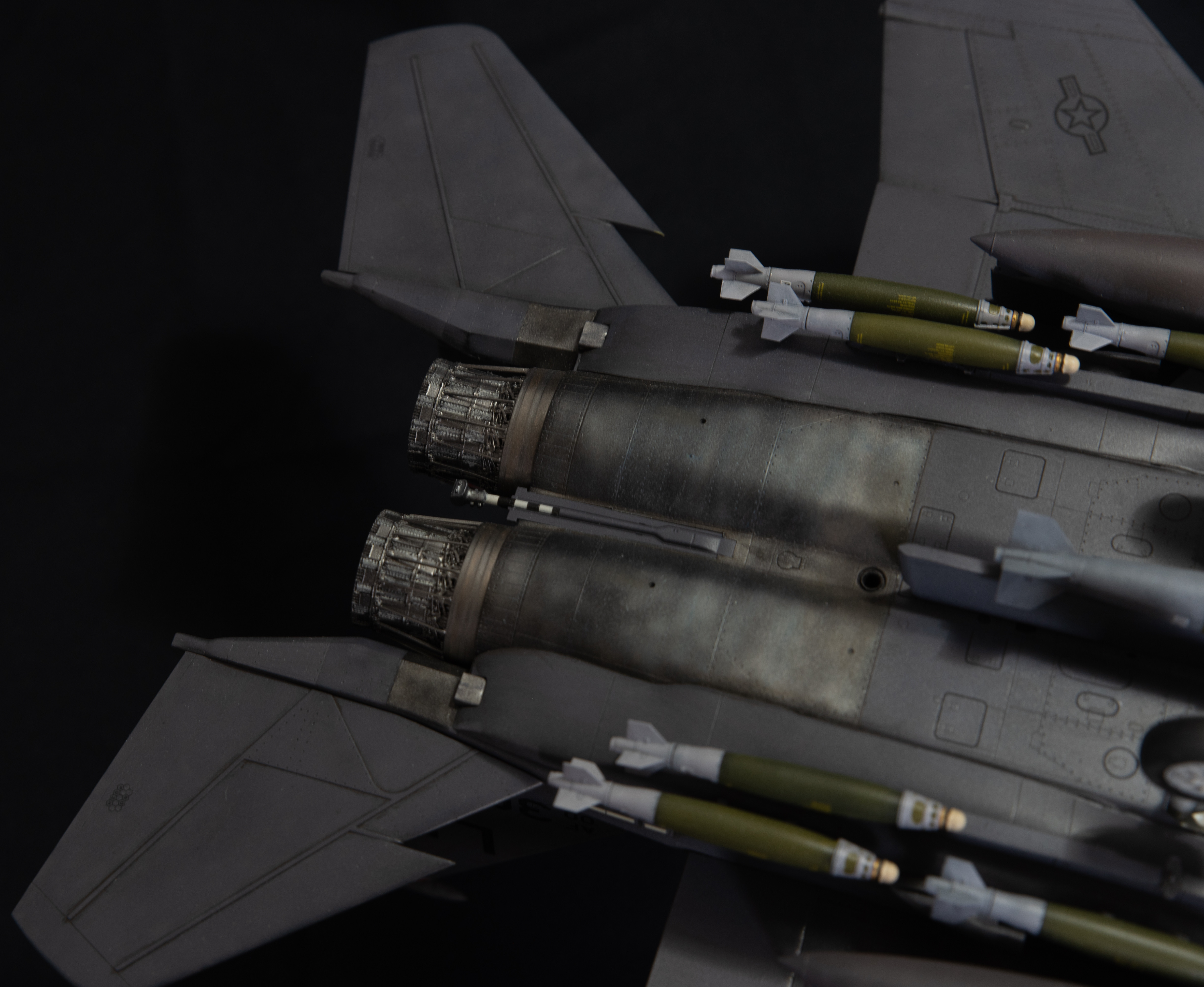 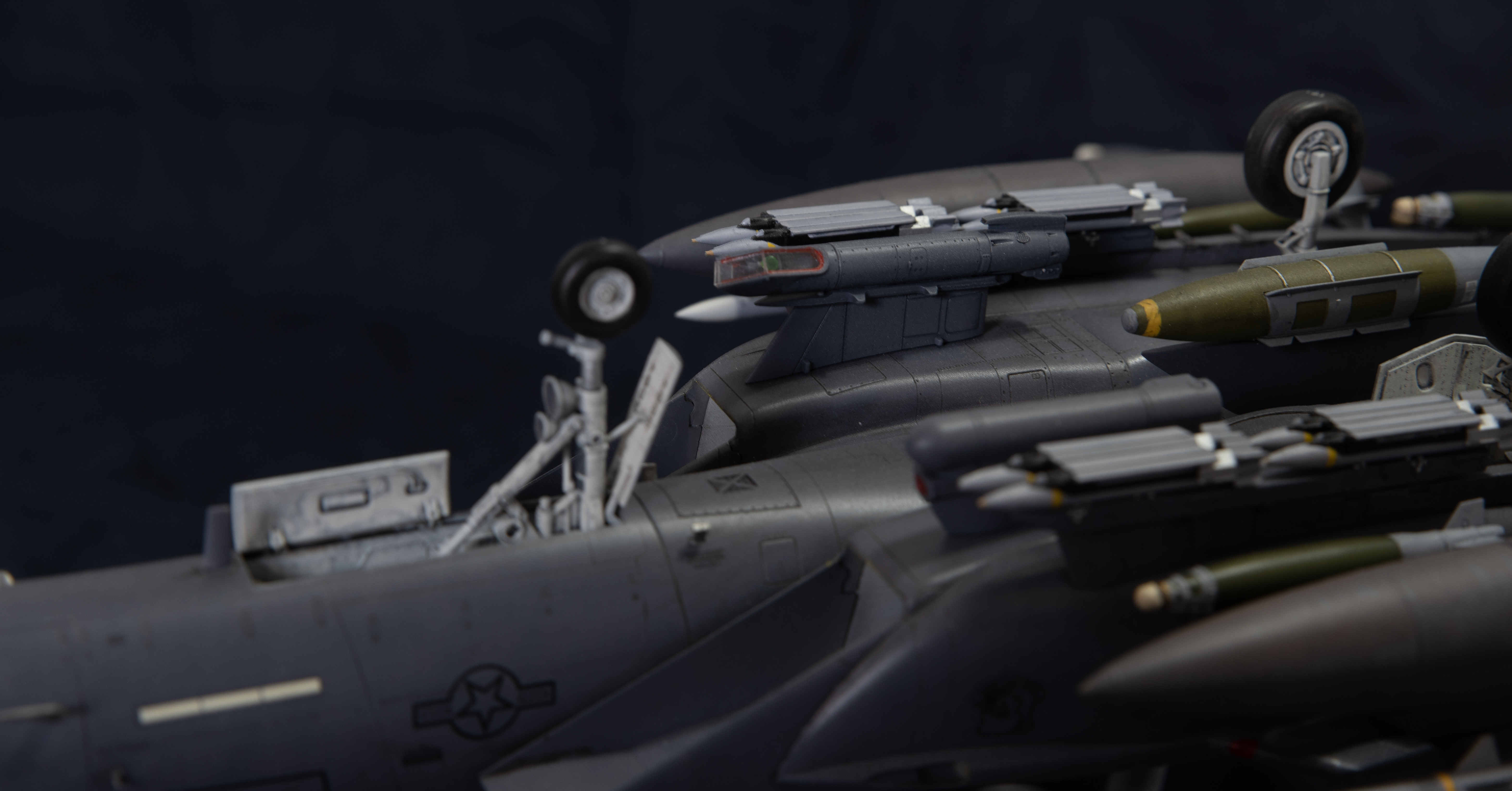 A close up of that fabulous Eduard ATP - Although I should've checked since the kit includes one as well, but not one this detailed - even the optics behind the glass are modelled. 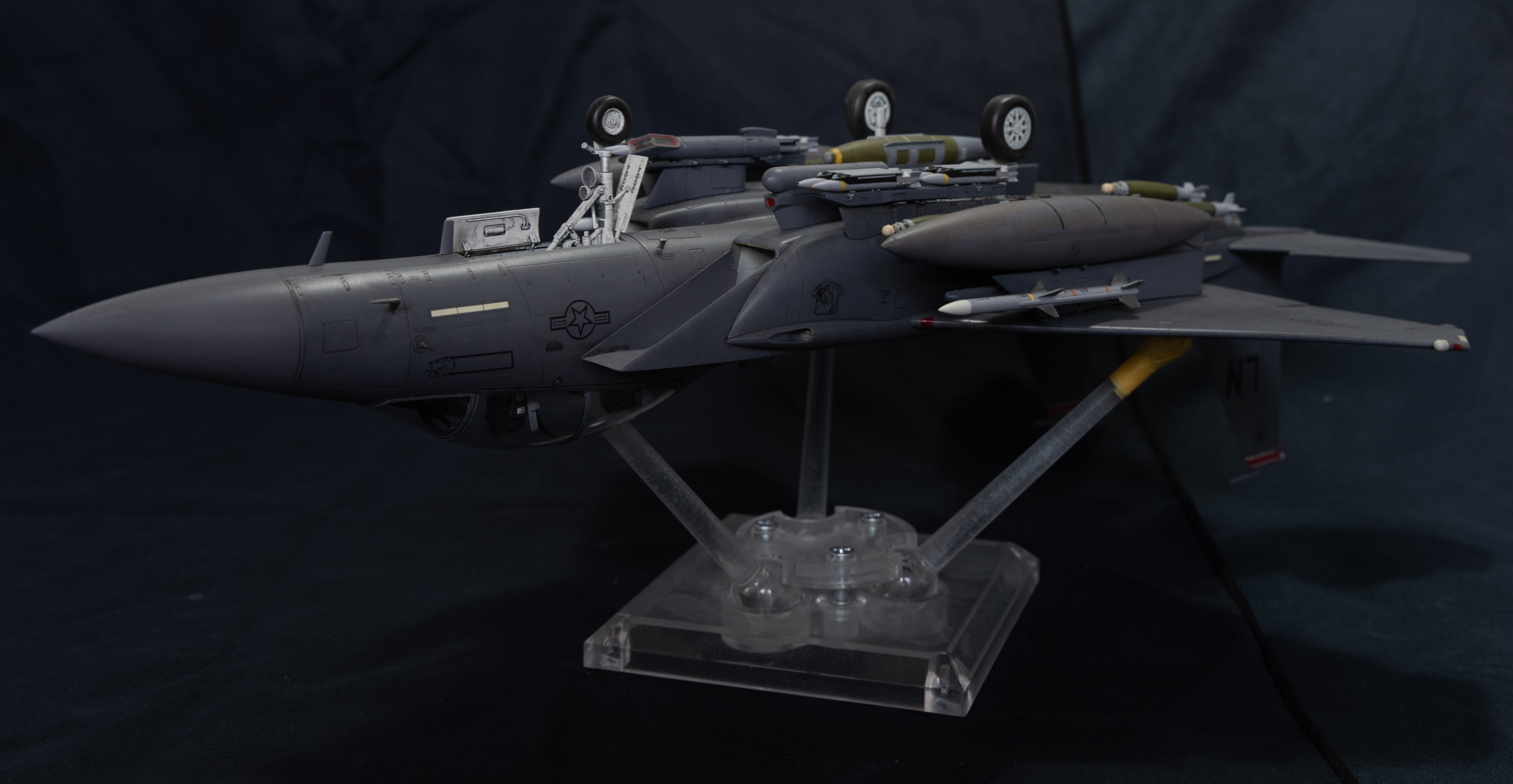 I have one on its way to my home but Academy. And also got the Maximum Effort decal set. I guess mine will be Jenny's.

PROFILE
Anirudharun (Anirudh Arun) said
Thanks Nacho! I'm pleased with how it turned out, although I'm a little disappointed with the GWH kit tbh.

The decal sheet is great - there are so many cool options to choose from, so I'm definitely going to have to build another one.

Some of the decals are sized specifically for the the GWH or Revell kits so it might be worth checking which one fits the Academy one best.

PROFILE
SF-07-18D (Nacho Lillo) said
Oh, thanks for the advice about the decals. I will check all of them before apply.

PROFILE
tcpyro6 (Tom B) said
Superb "Mudhen". The work on the munitions is especially impressive.

PROFILE
Anirudharun (Anirudh Arun) said
Thanks Tom! The munitions took a while especially the GBU-39s, but you can't have a Strike Eagle without them.

PROFILE
Anirudharun (Anirudh Arun) said
Some better pics, now that the photo tent has arrived - even with a 60x60cm tent, it's tough to photograph this bird with a clean background - I can't imagine how hard a 1/32 one must be to handle! 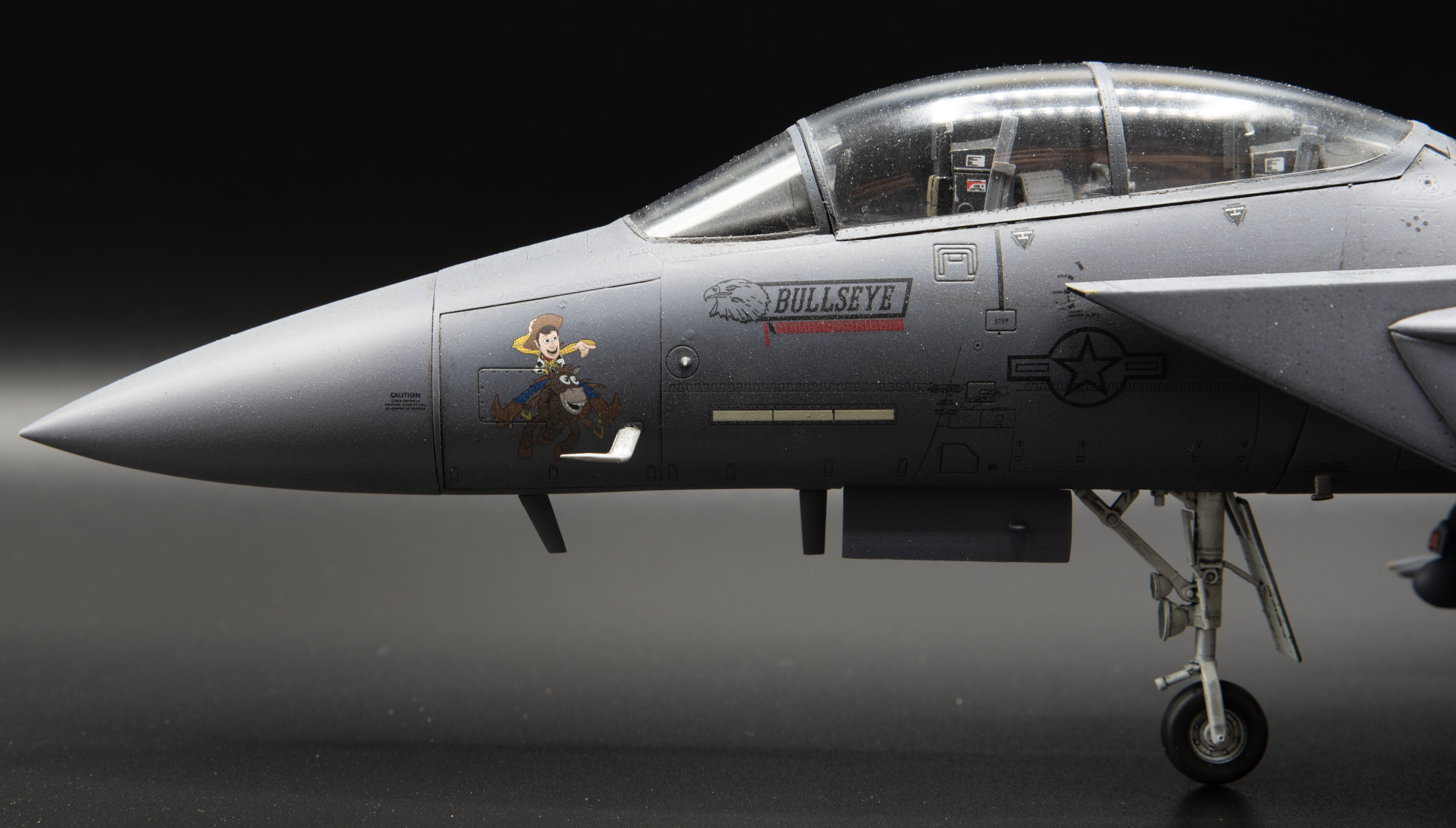 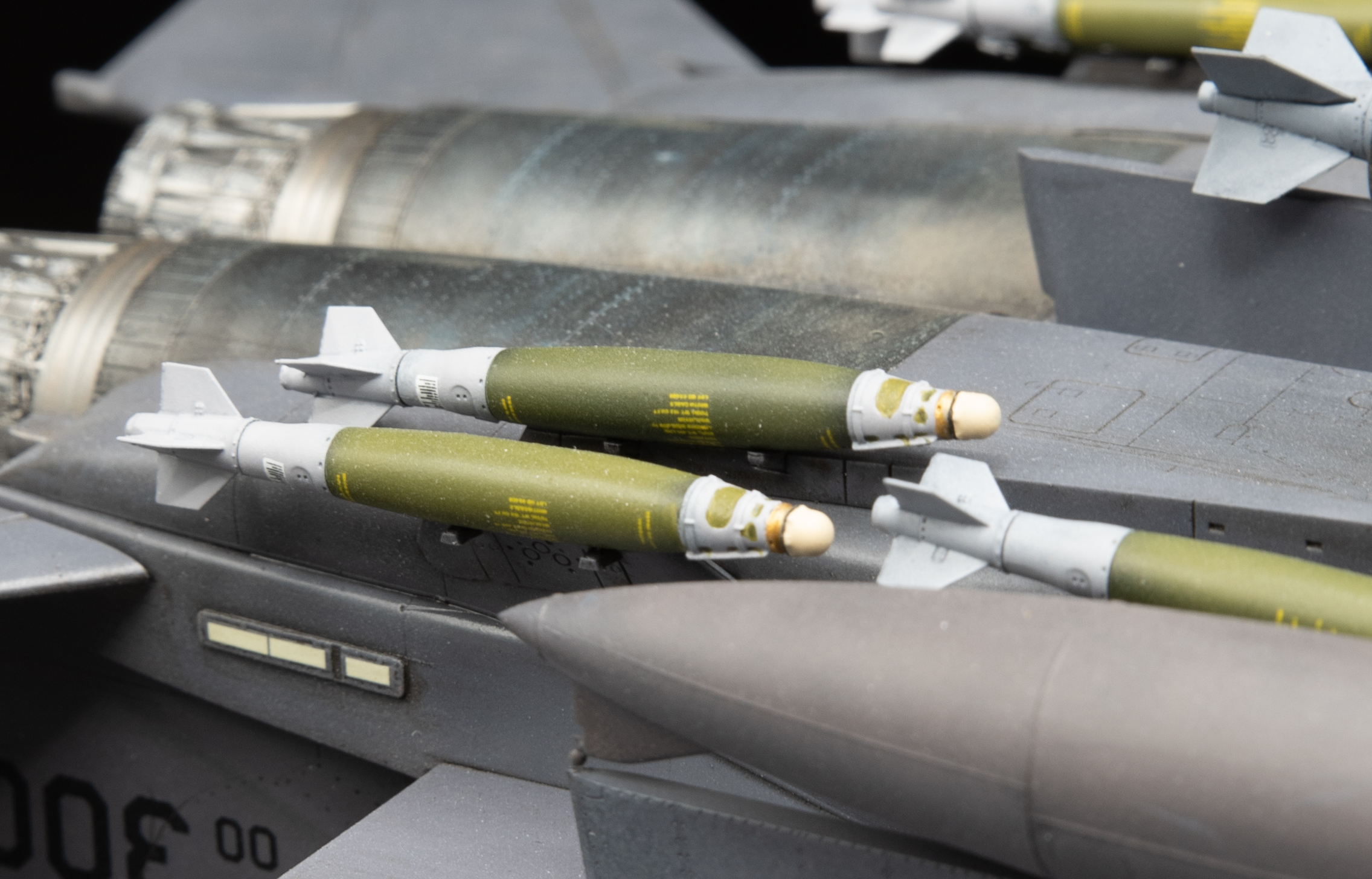 Eduards multi-piece GBU-38s are absolutely fantastic - even the decals they supplied are great. 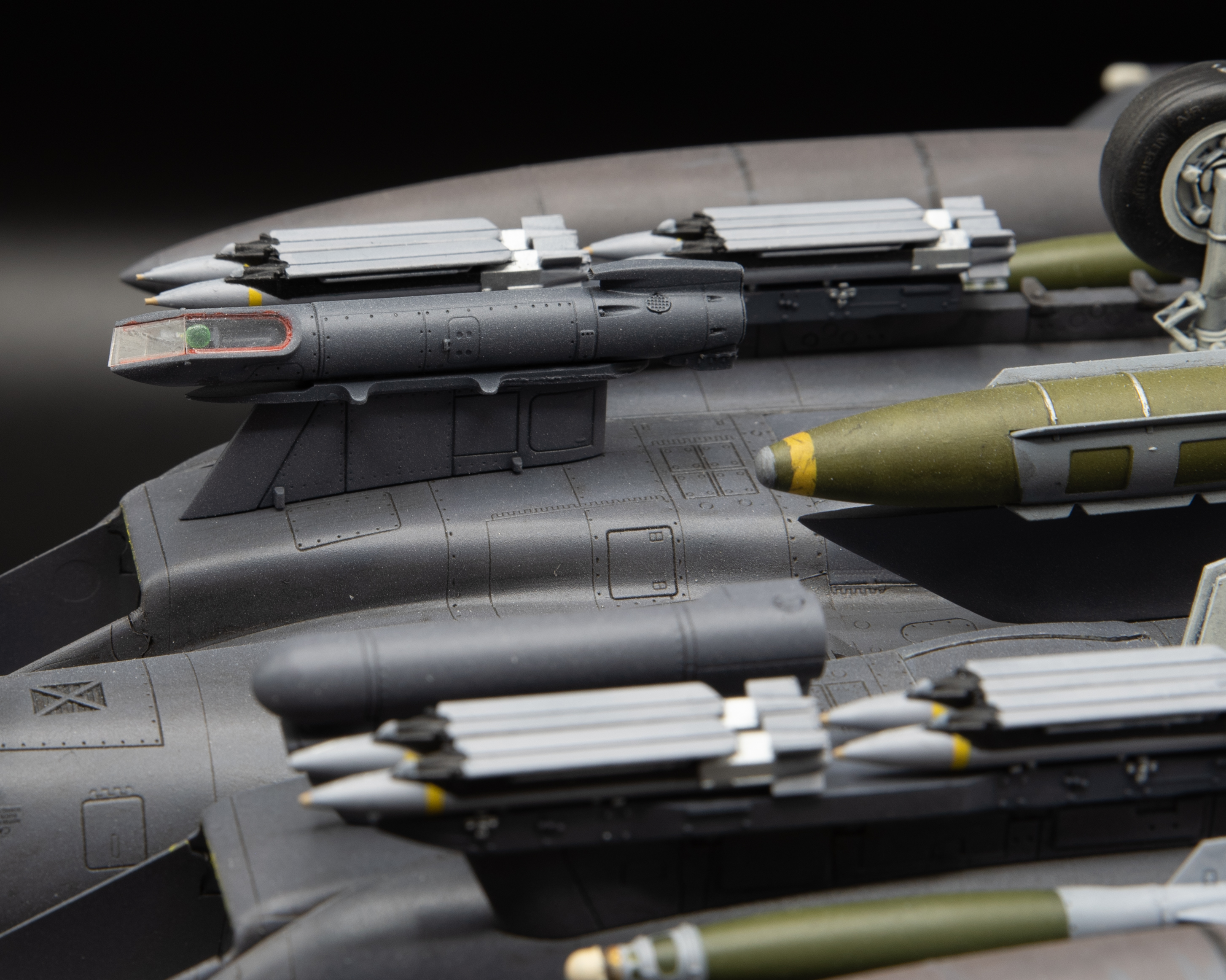 Same goes for their Sniper ATP and GBU-39s, although these were a pain to mask/paint because of the number of colours. 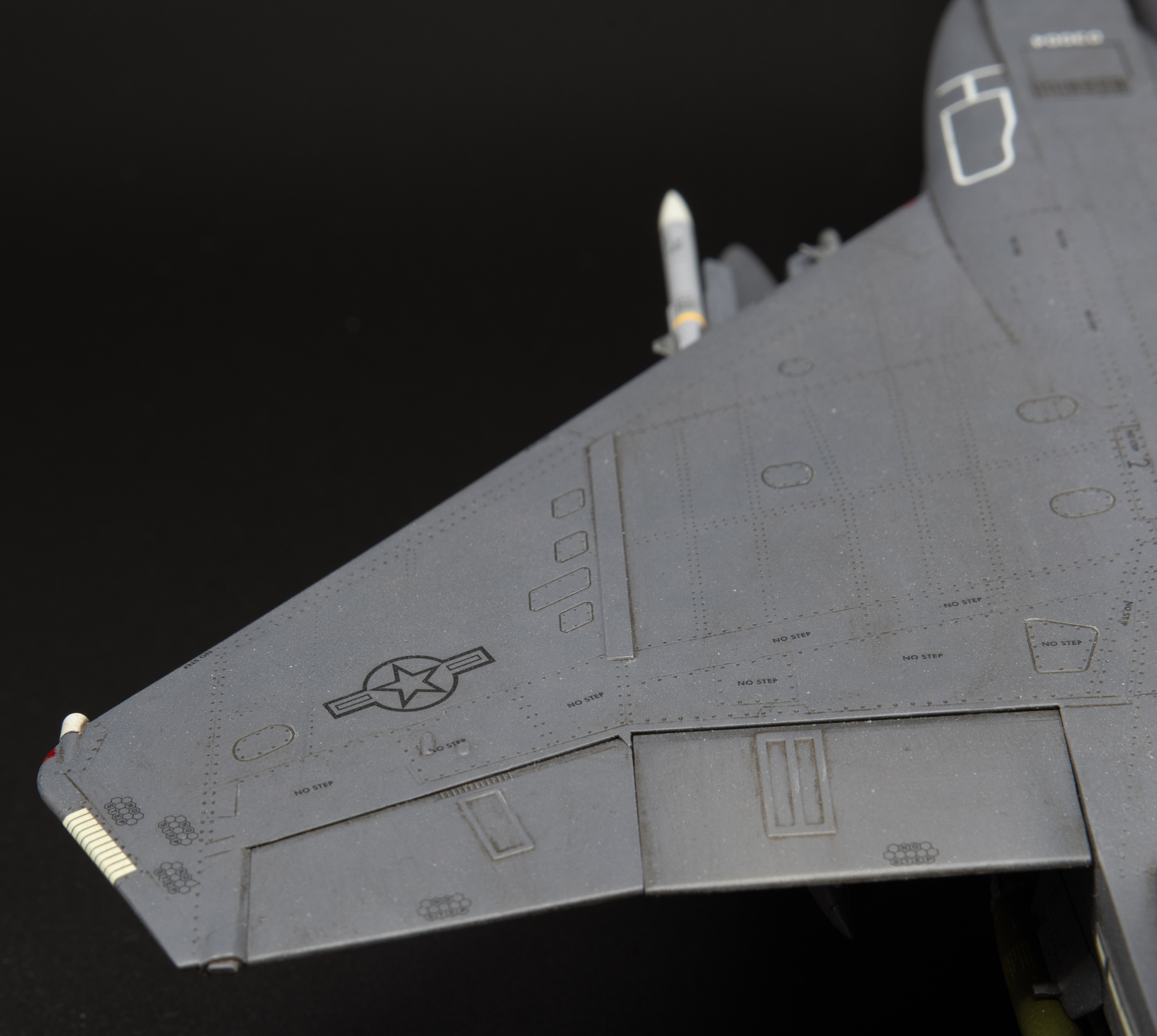