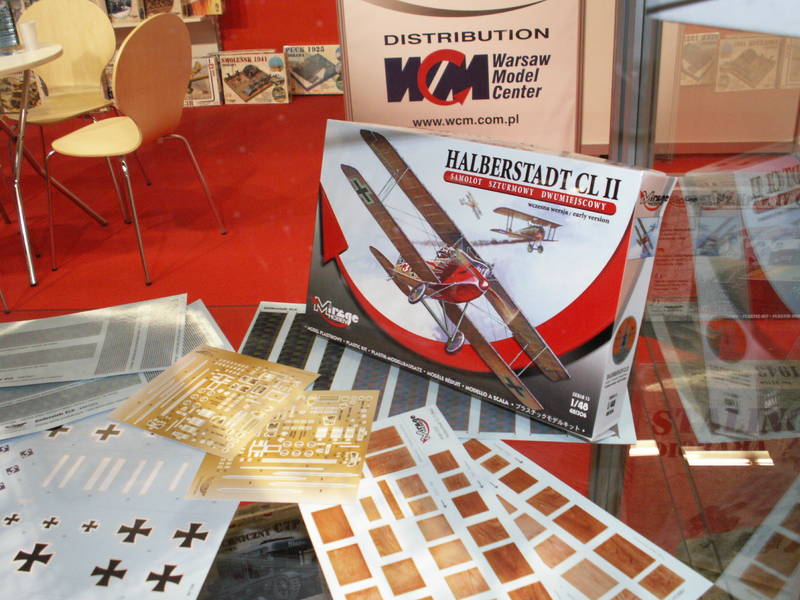 It was in very early 2003 that I first heard the news in the wind. Mirage was to do a series of WWI aircraft in 1/48 scale. Right in the middle of that list was kit# 481211 Halberstadt CL II and kit #481212 Halberstadt CL II (Bay). Now in 2009 we are blessed to see the first of those kits on the horizon. An example was on view at the recent Nurnberg Toy Fair. . . It has been confirmed that we will see a sample kit soon.

PROFILE
Mgunns (Mark Krumrey) said
When is this supposed to hit the shelves?
We few, we happy few........