EMD A32001 1/32 Late Supermarine Spitfire IX onwards 20mm curved fairing cannon set: This is a set of 4 20mm cannons featuring the distinctive curved muzzle fairing shape evident on late production Supermarine Spitfire IX aircraft and subsequent marks. The cannons themselves are resin components, and come in three separate sections to match the full-size aircraft cannons in size and positioning. There is a reversible wing mounting tube for the cannon which is inserted into a pre-drilled hole (appropriately positioned) in the wing, remaining 1mm proud of the wing leading edge.

As some marks of Spitfire had varying cannon lengths and layouts, this set caters for all variations and lengths by simply utilising the cannon extension pieces (check your references for the correct armament fit first). For cannons that were not used or were faired-off, the reversible mounting tube has a blank end that can remain proud of the wing leading edge to yield a plain flat covering; alternatively, a domed fairing piece is also included in the set which will fit into the open end of the cannon wing mount tube to represent a rounded fairing blank.

These cannons suitable for any 1/32 Supermarine Spitfire IX (or later mark) kit.

EMD A32002 1/32 Curtiss Electric P-40 wide chord propeller: The wide chord "paddle blade" variety of propeller was used on many of the Allison-engined Curtiss P-40 Warhawk/Kittyhawk (and other aircraft types) throughout WW II. The propeller set is designed as a direct fit replacement for the Hasegawa 1/32 Curtiss P-40 series kit. It comes as three resin blades and propeller hub, along with a tool for setting each individual blade angle during construction of the propeller assembly. Once assembled, the replacement "wide chord" propeller can be installed into the kit spinner.

EMD A32003 1/32 Curtiss P-40 'Fishtail' Exhausts: The "fishtail" exhausts were used on many variants of the Curtiss P-40 Warhawk/Kittyhawk during WW II, and this AM upgrade comes as individual resin left- and right-hand exhausts stubs. They are designed to be a direct fit replacement for the Hasegawa series of kits.

For more information, go to:

Please remember, when contacting retailers or manufacturers, to mention that you saw their products highlighted here - on AEROSCALE.

Click Star to Rate
No one has rated this yet. 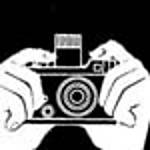 robot_
Derek is also working on the 1/32 Tempest master in collaboration with MDC, and had a 1/32 interior for the Revell Beaufighter in progress a few years back. He had also planned a 1/32 Black Widow resin kit, then this became a joint project with WingScale to produce an injection kit, not sure if he is still involved with WingXL's P-61?
OCT 25, 2011 - 09:56 AM

Widow61
Hello Ben, Just a little clarification on the issue. MDC elected to complete the 1/32 Tempest V kit after I had mastered the basic airframe - it is therefore still in development with MDC and I can offer no updates as to the current status on this kit. The Beaufighter detail set project is still very much alive - it is just lack of available time stopping me from working on it at present (I have a very demanding full time day job). The detail set is very complex and because of all of the differing marks of Beaufighter - and their associated internal and external details - I have to plan and breakdown the parts very carefully (it's a little like making a jigsaw with no guide). It will be worth the wait when completed though. Finally, the 1/32 P-61 Black Widow. I had originally intended on producing a full resin kit of this aircraft, but Wingscale (now WINGXL) wanted to make it also. I offered my services as a joint venture for release of this kit between WINGXL and Eclipse Model Design, and that is still our intention. HTH Derek Eclipse Model Design
OCT 25, 2011 - 09:52 PM

Tomcat31
It great to hear that your still going Derek, I remember seeing some of the early masters of the Beau and the Widow and was impressed then. Will you be at Telford this year? if so you'll have to pop over to the Bulldogs and say hello.
OCT 25, 2011 - 11:00 PM

Widow61
Hi allen, Nice to hear from you again (I trust that both you and Sam are well?). I will be at Telford for the Saturday only, but I shall find time to pop across to the Bulldogs stand and say hello. Derek
OCT 25, 2011 - 11:25 PM 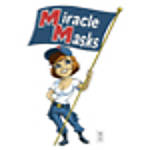 Holdfast
I too have been privilaged to seen Derek's work on the P-61 and Beaufighter, as well as other stuff and it's all very, very impressive See you at Telford Derek
OCT 26, 2011 - 08:15 AM
Go to Forum Topic
THIS STORY HAS BEEN READ 4,562 TIMES.
ADVERTISEMENT