a build story by Gino P. Quintiliani of a Academy kit
15
Comments

In the late 1990s, the US Navy decided to replace its venerable CH-46 Sea Knight helicopters. After sea demonstrations by a converted UH-60, the Navy awarded a production contract for the CH-60S. The variant first flew on 27 January 2000 and it began flight testing later that year. The CH-60S was redesignated MH-60S in February 2001 to reflect its planned multi-mission use. The MH-60S is based on the US Armys UH-60L and has many naval SH-60 features. Unlike all other Navy H-60s, the MH-60S is not based on the original S-70B/SH-60B platform with its forward-mounted twin tail-gear and single starboard sliding cabin door. Instead, the S-model is a hybrid, featuring the main fuselage of the S-70A/UH-60, with large sliding doors on both sides of the cabin and a single aft-mounted tail wheel; and the engines, drivetrain and rotors of the S-70B/SH-60.

The MH-60S is unofficially known as the "Knight Hawk", referring to the preceding Sea Knight, though "Sea Hawk" is its official DoD name.

Retired US Army Artillery Officer, currently a contractor at MacDill AFB in the Tampa, FL area. I have been modelling for the past 40+ years, really seriously on armor and large scale helos (1/32, 1/35) for the last 35 or so. 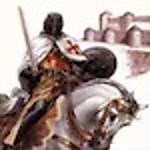 HeavyArty
Good luck on it. It can become a great model. I highly recommend the Shapeways printed rotor hinges, by our own Matt Leese. The folded rotors (and tail) really save on the space it can take up.
DEC 06, 2015 - 08:35 PM
Go to Forum Topic
Copyright ©2021 by Gino P. Quintiliani. Images also by copyright holder unless otherwise noted. The views and opinions expressed herein are solely the views and opinions of the authors and/or contributors to this Web site and do not necessarily represent the views and/or opinions of AeroScale, KitMaker Network, or Silver Star Enterrpises. Images also by copyright holder unless otherwise noted. Opinions expressed are those of the author(s) and not necessarily those of AeroScale. All rights reserved. Originally published on: 2015-11-11 01:20:51. Unique Reads: 16360