1⁄48
Classic B-29 Superfortress Returns
Friday, October 09, 2015 - 12:36 AM UTC
By ROWAN BAYLIS
Revell USA have sent us details of a really welcome re-release. Monogram's mammoth quarterscale kit of the Superfortress first appeared in the 1970s and is still the only game in town for anyone wanting to model this iconic aircraft in this scale.
Monogram® B-29 Superfortress
1/48 scale # 85- 5718


On August 6, 1945 a single modified B-29 took off on a historic bombing mission that would change the world forever. It was carrying the first atomic bomb to be used for its intended purpose. It was dropped on the city of Hiroshima and lead to the end of WWII. This couldnt have been done without the development of the B-29 bomber. It featured major advances in payload capacity and flight performance. Kit details include:

Please remember, when contacting retailers or manufacturers, to mention that you saw their products highlighted here - on AEROSCALE.
Click Star to Rate
2 readers have rated this story. 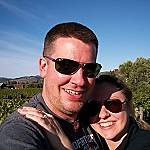 Jessie_C
Out of the box it can only build those two(or any others of their squadron mates in the 509th Group). It needs replacement propellers if you want to build a standard conventional bomber. Back in the Bad Olde Days KMC used to do a set of propellers. Here's hoping that True Details got those moulds when they bought the KMC sets.
OCT 09, 2015 - 03:06 AM

Jessie_C
Then that means Revell changed the moulds. When it was first released it only had the cuffed, reversible pitch Curtiss props that the Project Silverplate bombers used.
OCT 09, 2015 - 06:08 AM

Redhand
There have been upgrades and changes to the molds incorporated in a prior re-issue. Not a huge number but they include a very nice set of Hamilton Standard props and accurate side antenna around the nose. I actually built one of these a few years ago. It's a LOT of work. However, I am very happy I did: an early OD scheme.
OCT 09, 2015 - 06:31 AM 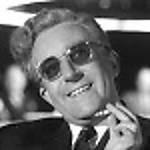